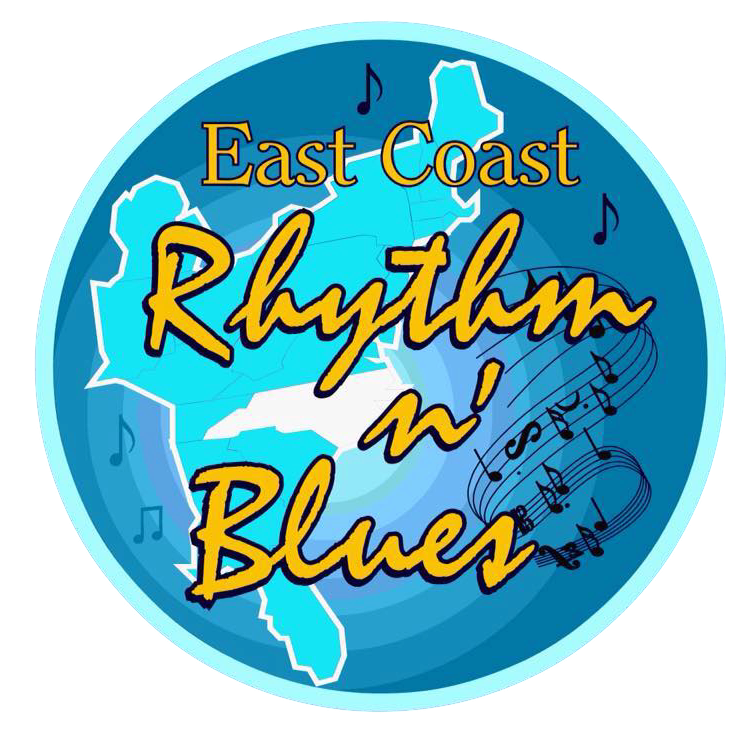 East Coast Rhythm and Blues band is made up of a very diverse and talented group of musicians, singers, and songwriters, their group experience spanning over 60 years of musical entertainment all over the world! Their overall dedication, focus and high energy make them one of the best "stage presence" bands in the area! Besides all that, they are just a really nice group of guys who will make you feel special on and off the stage! 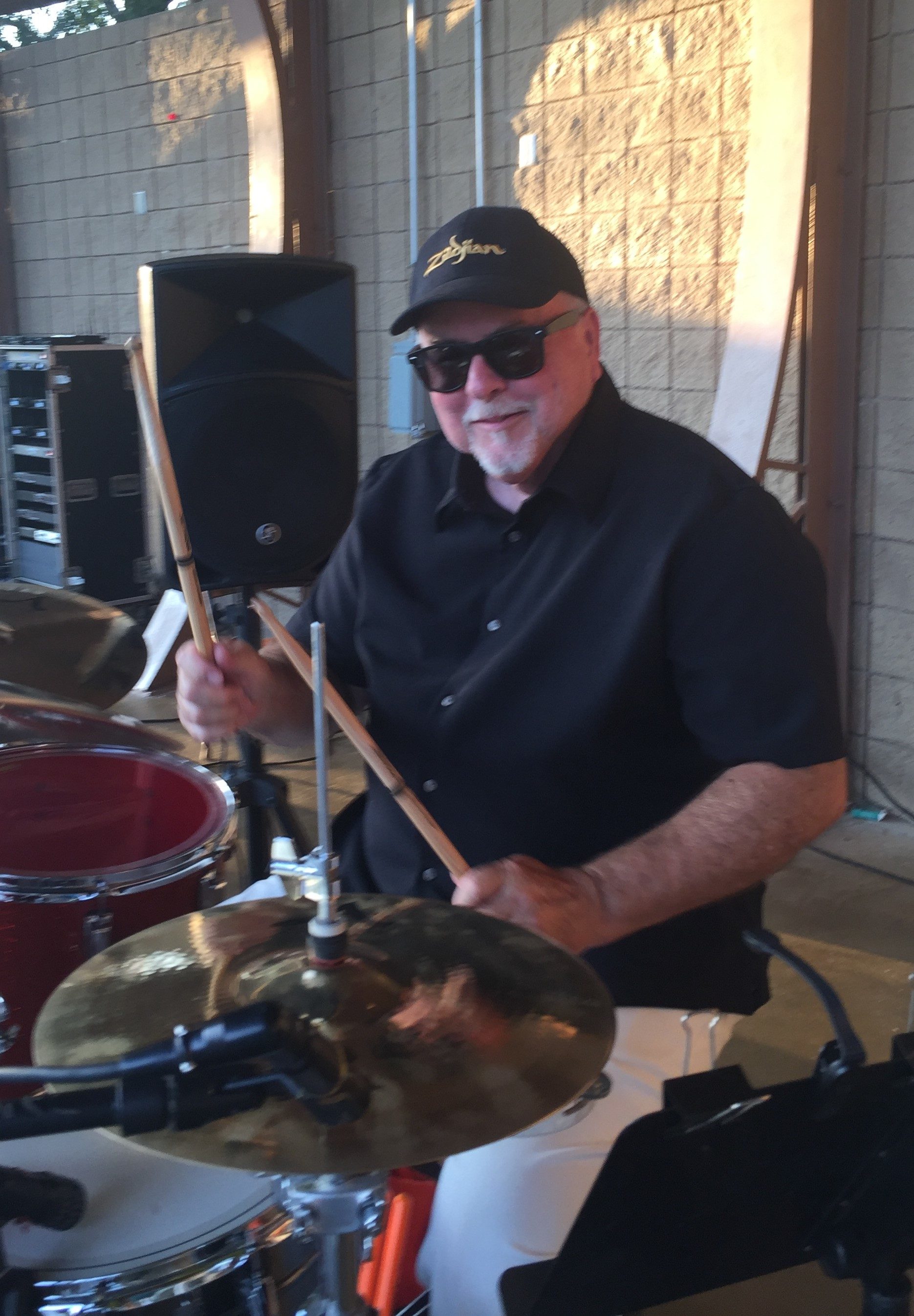 Robert Earl is a truly focused drummer. Affectionately known as the “Pied Piper of Music", he drives hard to streamline his music to bring home his best. His well-rehearsed drum techniques helps create the atmosphere to get those dancers on the floor!  Putting in the effort and hard work makes this drummer a wonderful musician and friend to all.  Always willing to help a fellow musician out is one of the many attributes that can be said about this man.  Robert Earl has been playing drums since the '60s and played with the original "Shifters" back in the day and was the drummer for "KB & The Shifters" until the group retired! 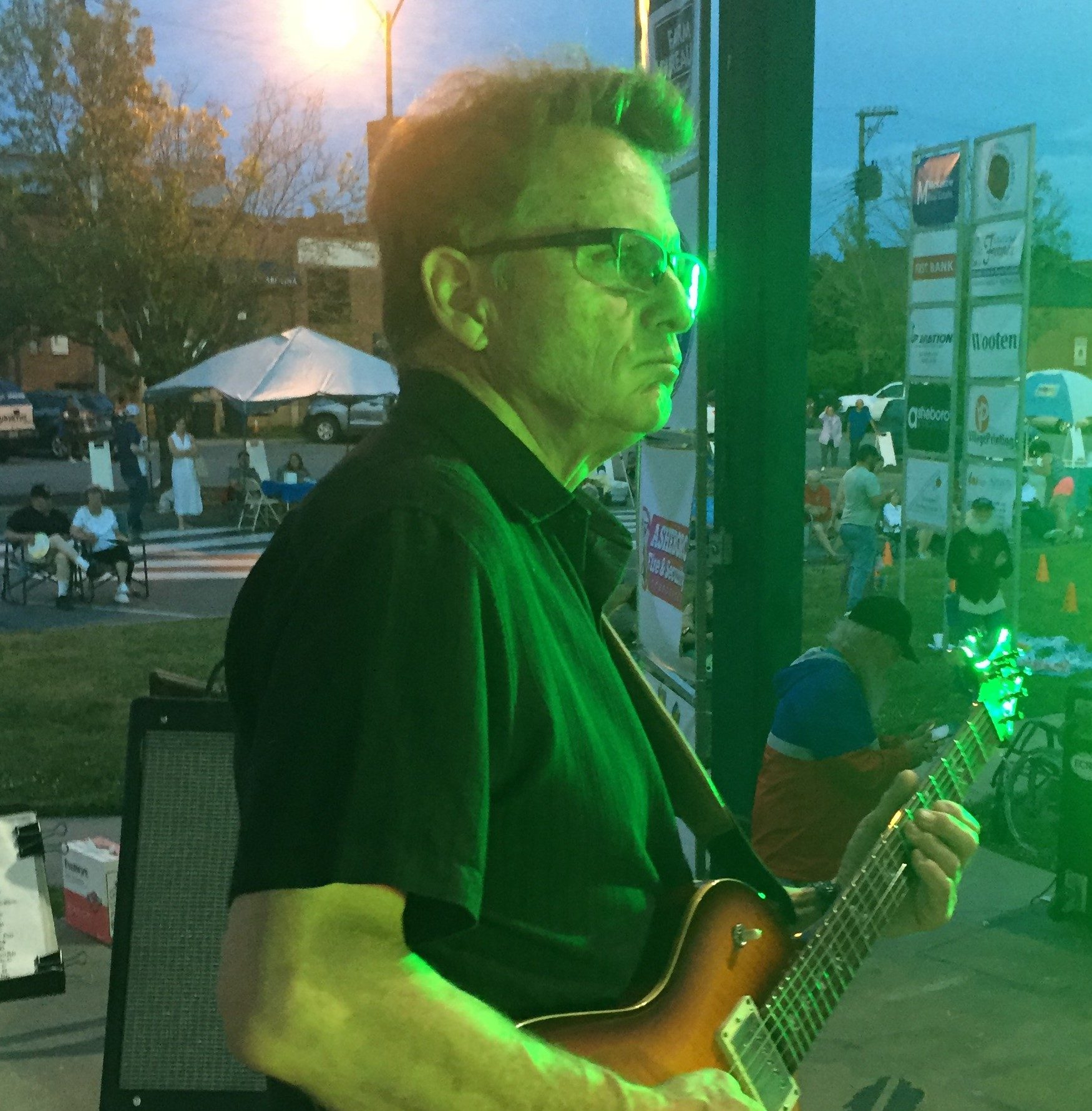 Terry is a powerhouse guitarist...a quick learner to any song given him.  He is extremely diligent in reproducing those guitar nuances essential to any ear to know he has "done his homework".  He began playing guitar at the age of 8 when he picked up his first Gretch New Yorker Hollow Body given him by his uncle.  Over next 54 years he has amassed knowledge only a few guitarists know.  His influences that turned his head were Roy Clark and Buck Owens.  Later on he drifted away for a short while and he heard Stevie Ray Vaughan and Jimmie Vaughan and their "family style album" .  The song that made something click was hearing (Telephone Song).  Although they moved around a lot, Terry said they got their start in Houston.  The Vaughan Brothers was a collaboration of Stevie Ray Vaughan and older brother Jimmie Vaughan.  A one time thing at the time that could've gone to more albums, but SRV's unexpected death dashed all hopes of making another album with his brother.  The album "Family Style" was recorded in 1990, and was released just after SRV's death.  This was the pivotal point in his deciding to come back strong.  East Coast Rhythm & Blues Band are glad he chose to come on board with his talent. 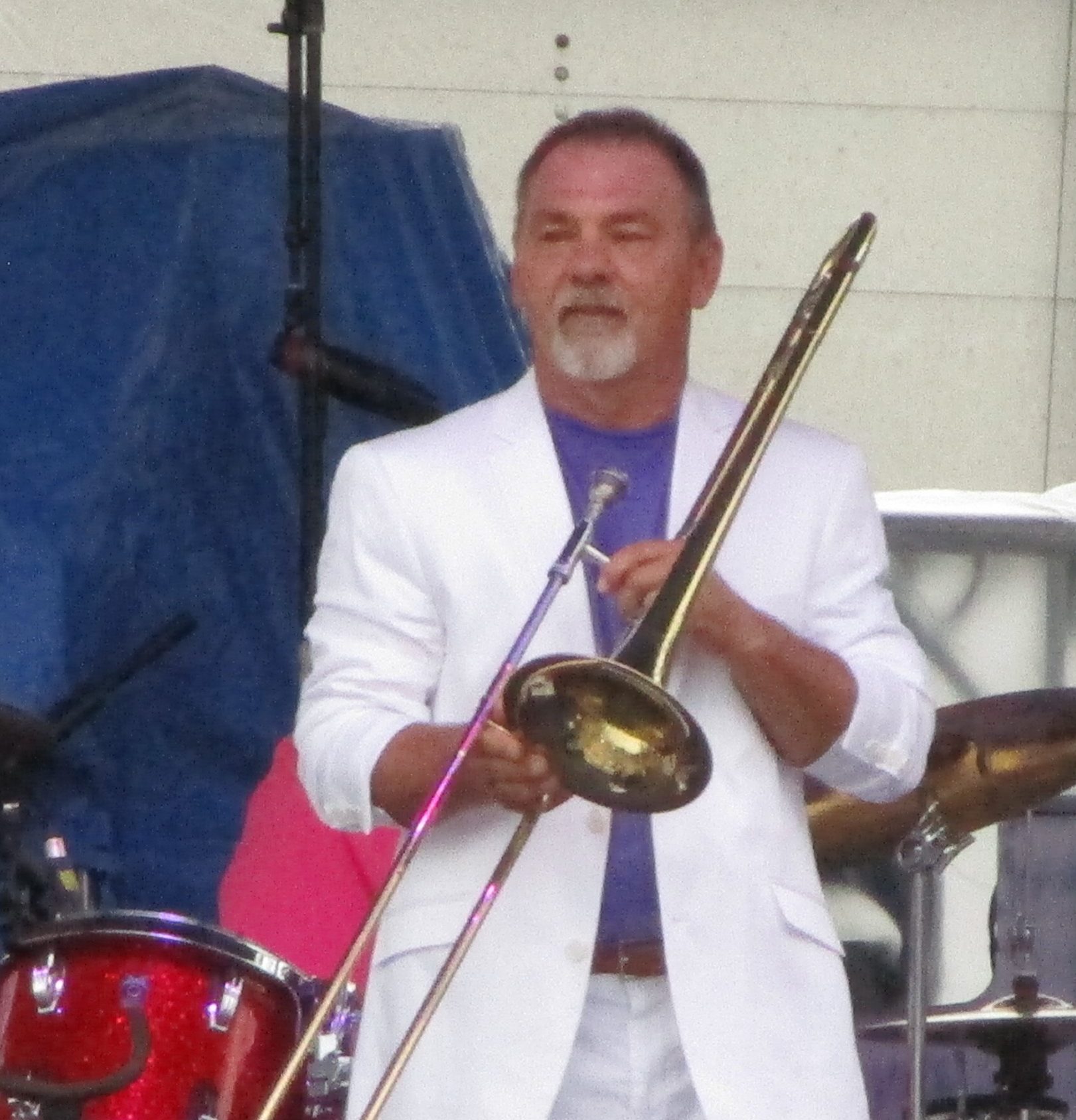 Trombonist/Vocalist Kim Jones is a one man powerhouse on the trombone! He grew up listening mostly to Motown, country and beach! He and Mike Davis formed what is known as the ECRBB Brass for East Coast Rhythm & Blues Band!  Kim provides a great deal of energy to the band and performs each show with explosive enthusiasm. During a performance, he may do his James Brown fancy footwork and I will assure you, it will be entertaining. As co-founder, Kim started as the groups drummer, but the band later realized with his vocal talents, he should be out front to sing lead vocals. Kim remembers singing in the family gospel group as a child and is now putting those sweet vocals and harmonies to work. Not only is Kim an accomplished drummer, but he learned how to play the trombone to add depth to the ECRBB horn section! 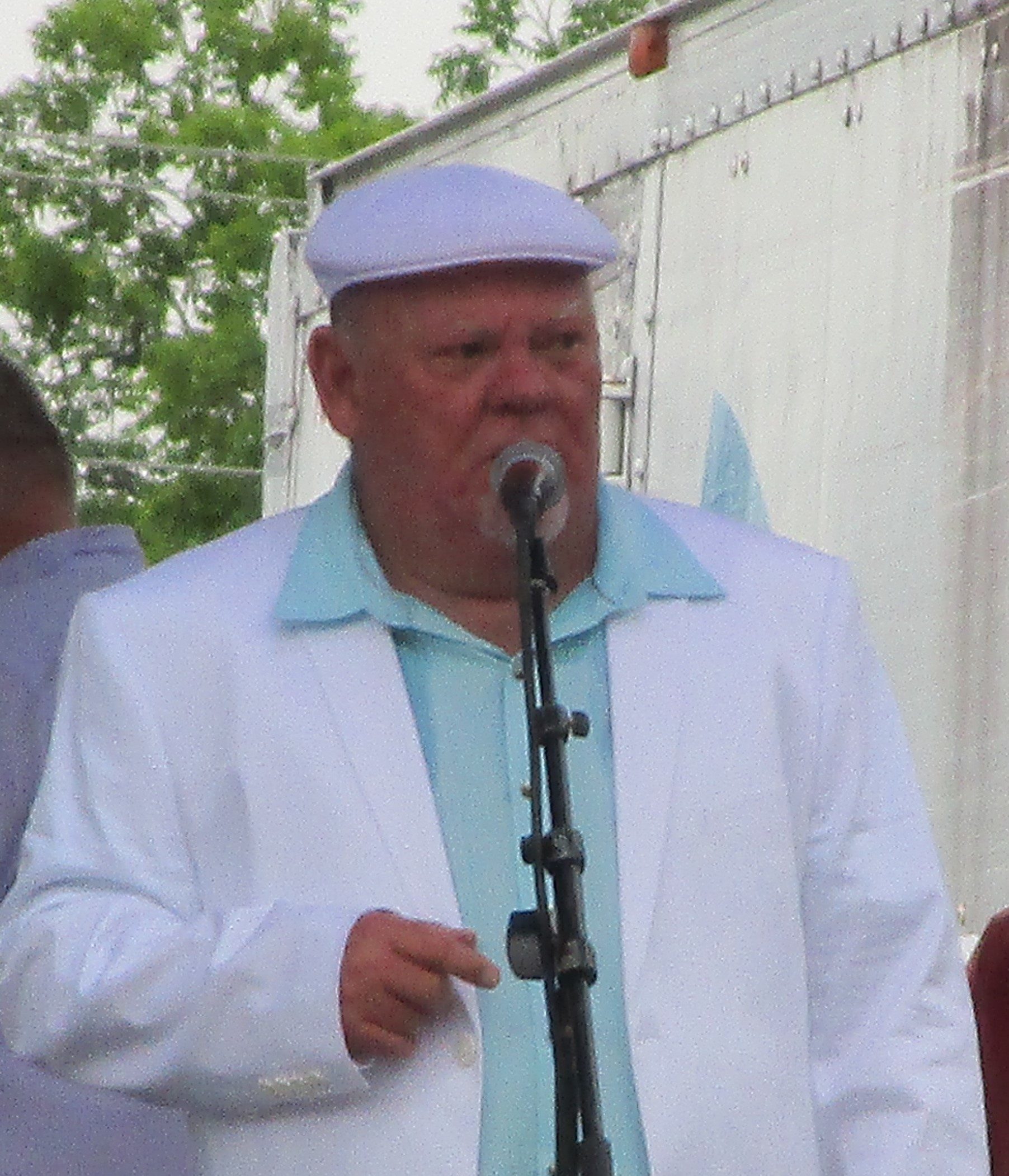 Lead vocalist, Rex Jones started singing at the age of 7. All his life has been centered on his family and friends, carefully drawing them in with his love for music and having people enjoy them.  Rex sets the bar during each stage performance of East Coast Rhythm & Blues Band by drawing the crowd in and totally captivating the audience over and over each time!  Along with his percussion, he adds flair not equal to any other male vocalist…and he’s not a bad dancer either!  Just like his younger brother Kim, Rex grew up singing gospel, but also learning to sing a different kind of soulful song as he worked the fields of the farm. Rex previously sang in the bands "Chance" and "Heart and Soul".  James Brown is among his greatest influences and you can readily hear that in his voice.  Rex is anything but one-dimensional; however, not only can he name and sing nearly every Beach and Motown song ever written, he can tell you stories of when he met many of the artists.  He is a dynamo on and off stage and works to no ends to ensure the crowd is up and entertained.  We are glad to have him singing with us! 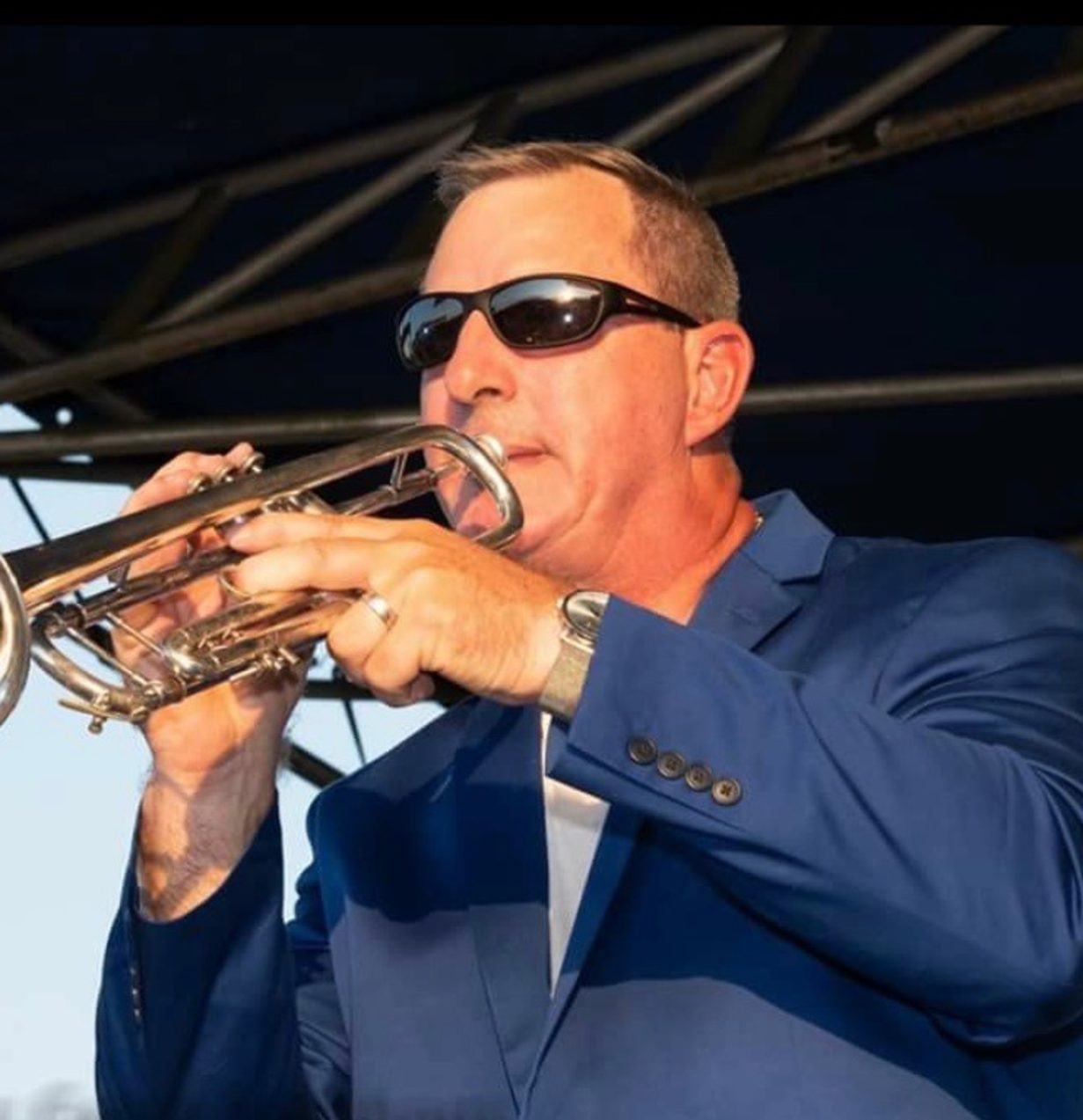 This is one "Walking Tall" performer who puts his all-in-all into every performance.  As a compliment to ECRBB, Jan adds his own vocal skills to power up any crowd into getting up and get to dancing!  Out front and personal with the dancers, he has made a positive impact on them as he invites the dancers to sing along with the band.  Crowd participation is something many bands fail to do and Jan makes a point to get all involved!  His trumpet playing skills proves to be some of the best of the best around!  He has shared the stage with such artist as the Legendary Percy Sledge as well as a few others and was a member of "KB & The Shifters" until the band retired.  In addition to playing the trumpet, he is also an accomplished song writer, writing several songs for the group, such as "She's That Special Woman" and "Every Minute With You" which hit the Beach Music charts across North and South Carolina and even in the UK, reaching  #1 on several charts.  Jan thanks God for allowing him to play music with such a great group of musicians. 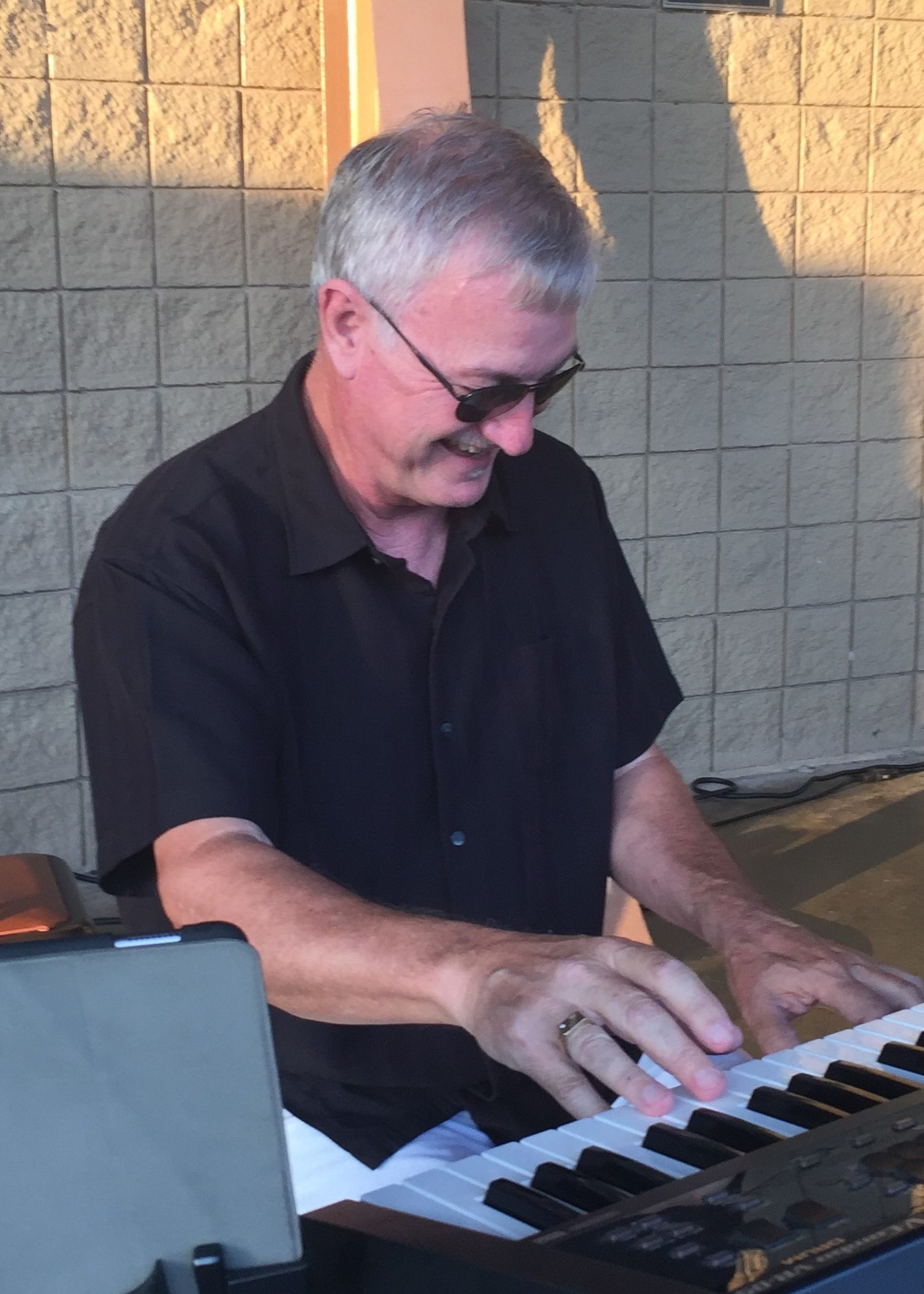 Tommie comes from an extensive musical background . He has played with local bands throughout many regions of North Carolina entertaining all types of music. His talents on the keys are phenomenal and with such tasteful sounds as the B3 organ to many others. Tommie completes the total package ! 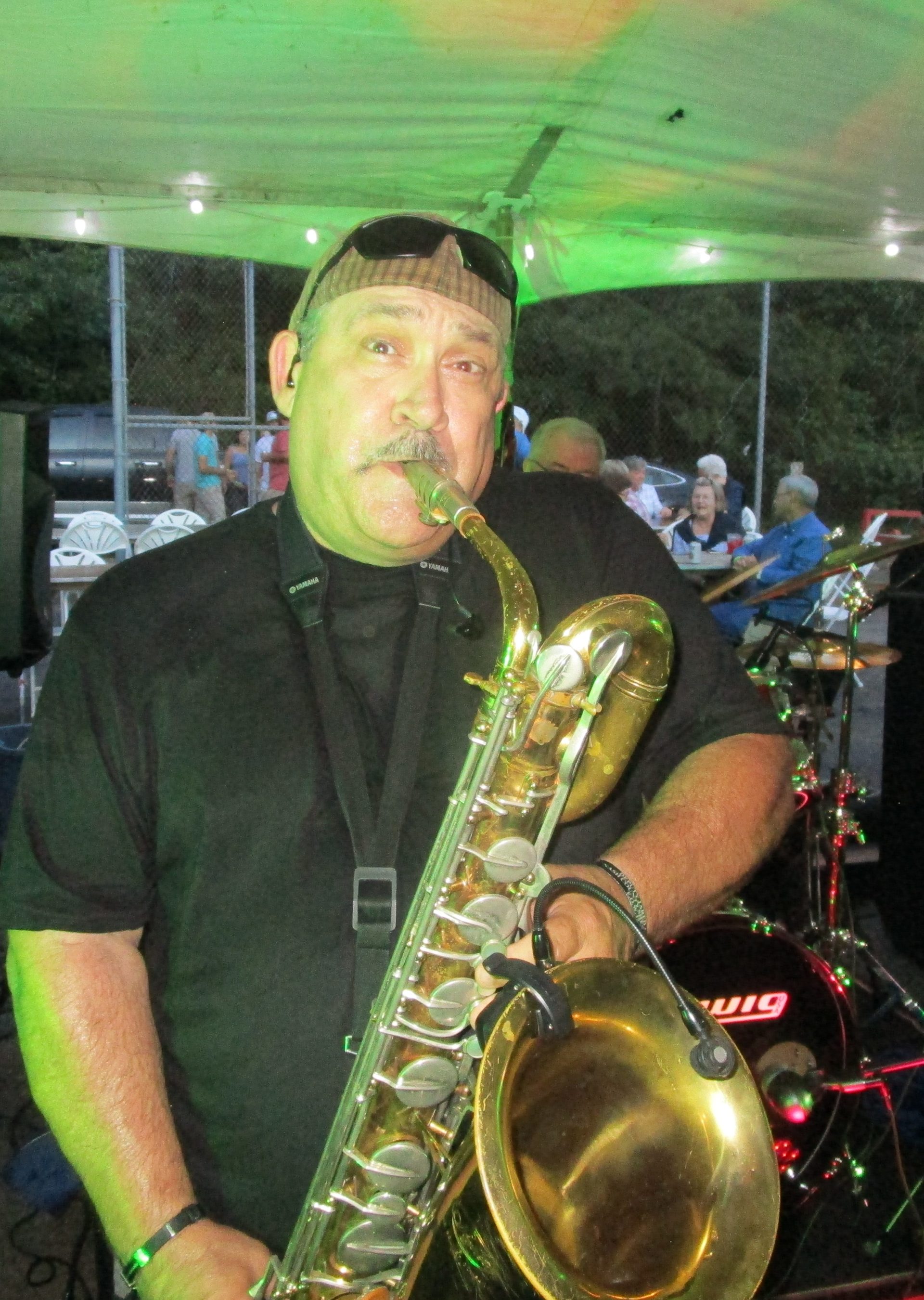 Mike Davis is an original member of ECRBB,  playing tenor saxophone with the group starting in October of 2009.  He started his music endeavors by playing clarinet, tenor and baritone saxophone with the high school marching, concert and jazz bands, garnering the title of "band geek'.  Since then he has played in a variety of venues with different personnel and joining ECRBB in 2009.  Mike is now focused on the baritone saxophone providing those low tones to max out the horn section of ECRBB.  Speaking of low tones, he also provides the baritone vocals for the group. In addition to being member of the group,  Mike also supports ECRBB as a sponsor through his business "Pelican's SnoBalls". 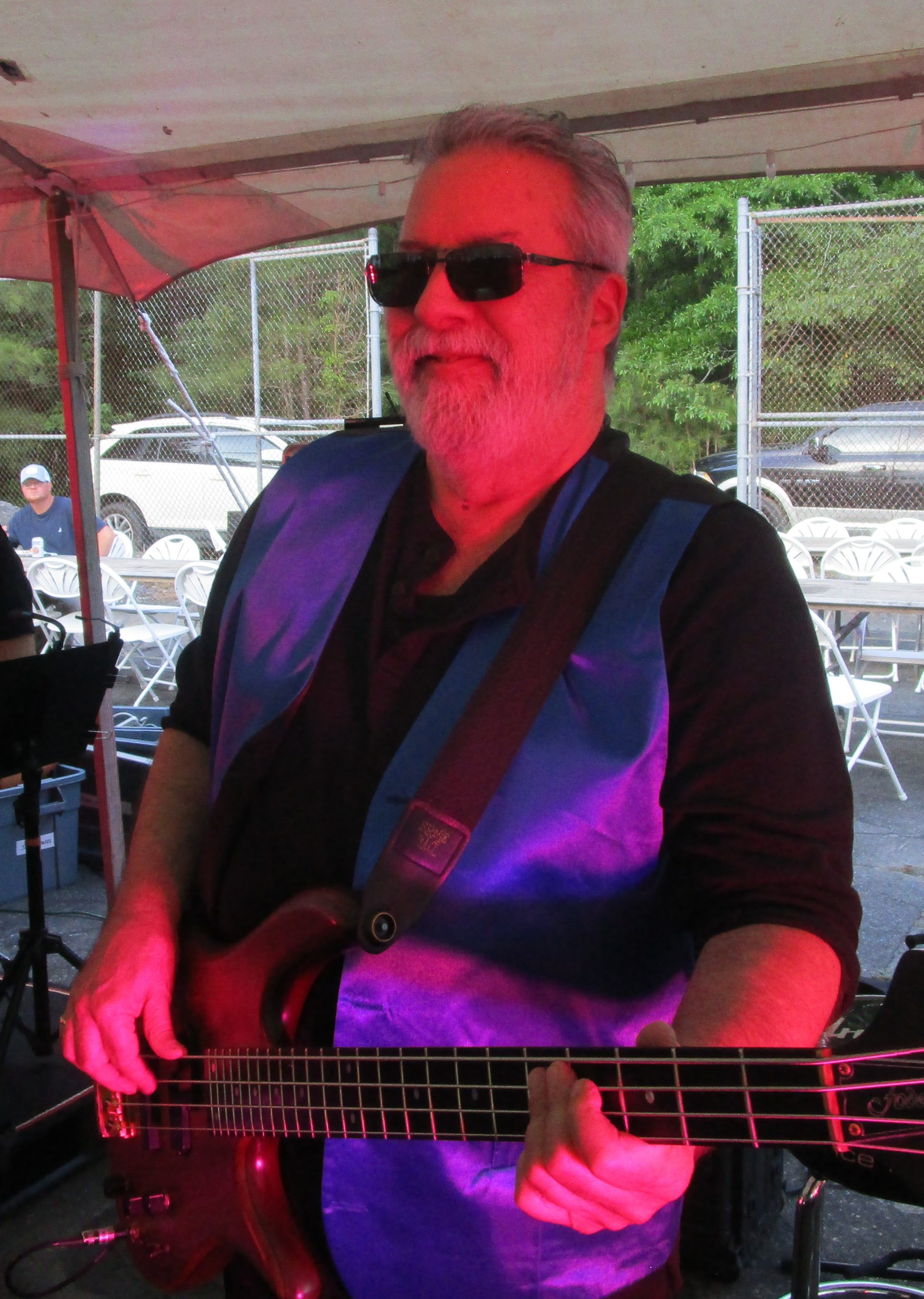 Frank has spent a lifetime of Rock & Roll stage performances in the metropolitan New York music scene . He then had eight years in the Colorado Springs / Denver music scene. We are thrilled that  Frank now brings his musical passion to "ECRBB" here in Eastern North Carolina. Frank has also toured with various bands all over Europe , the Caribbean Islands , the Hawaiian Islands and both Cozumel and Cancun in Mexico.

Geoff comes from a musical family, his father was a band director and his mother taught piano. The Saxophone is his instrument of choice with over 25 years experience. He is from the Chicago area with its Chicagoland blues. Geoff had the opportunity to share the stage with many of the blues greats. Also had the opportunity to tour Munich Germany and surrounding countries in the 2000-2001 timeframe. Loves performing on stage. 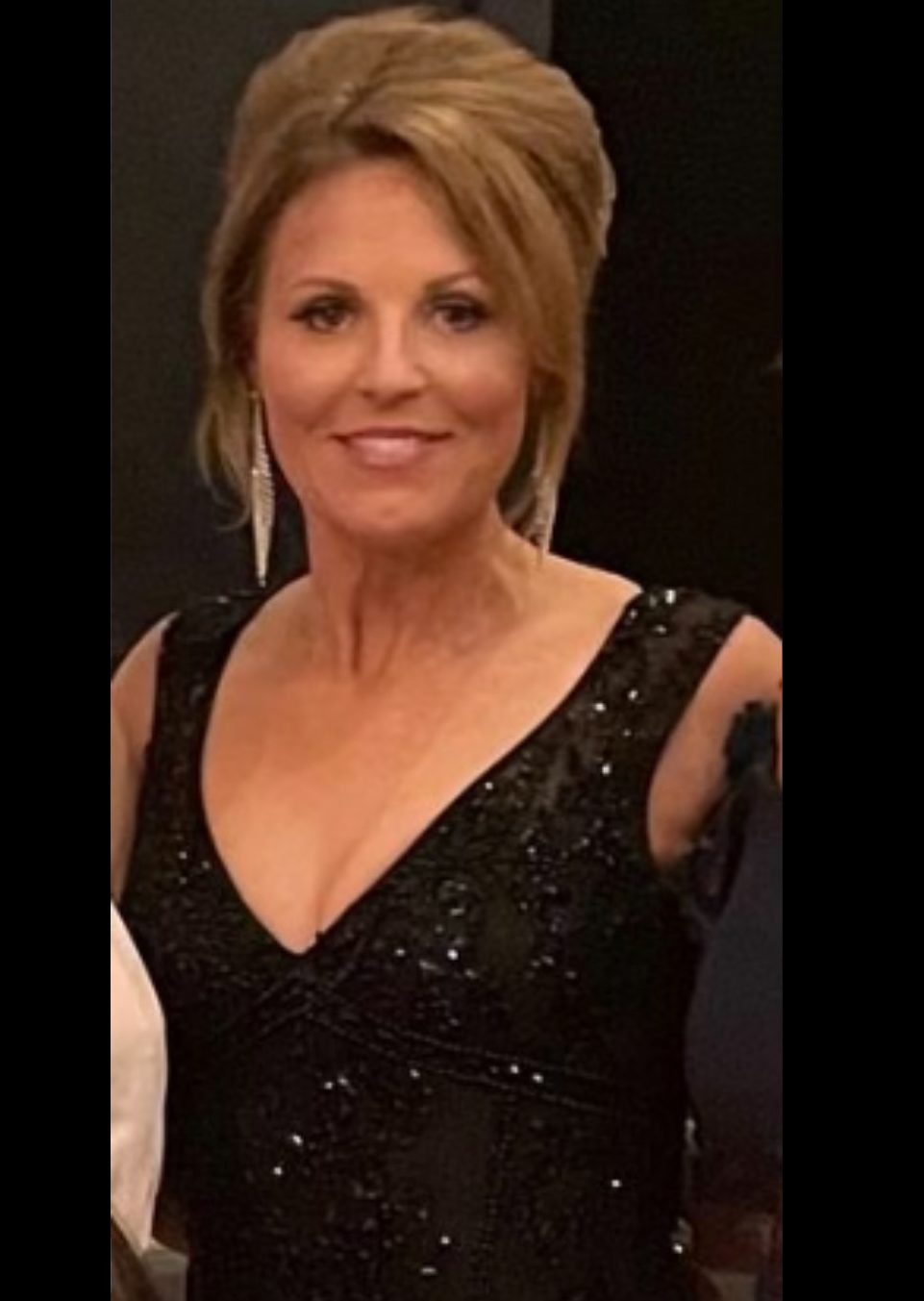